How is our Trust governed? How is our MAT governed?

One of the fundamental changes for schools joining a Multi Academy Trust (MAT) is the change in Governance arrangements.  A school-led system does not mean schools working in isolation – far from it!  It does mean that schools continue to be fully integrated with their local community and crucially connected and learning from each other.

As a charitable company The Circle Trust has adopted the Department of Education’s model articles of association.  Alongside these articles is the scheme of delegation which is a document that clearly sets out the responsibilities of everyone involved in our Trust.   These legal documents set out the governance composition and operational procedures for the Trust.

The people on the main board of a MAT are known as trustees.  These roles come with specific legal responsibilities which include:
• ensuring the organisation remains solvent and spends money in accordance with its charitable objectives
• ensuring the schools in the MAT provide a good standard of education
• managing any conflicts of interest

MATs are also required to have a group of Members who sit above the board of Trustees.  The Members have a hands-off, but significant, role.  They monitor the performance of the trust and hold the trustees to account.  They appoint Trustees and the Executive Headteacher. They will intervene if the Trustees are not performing by making changes at board level.

The names and biographies of all the Members and Trustees in The Circle Trust can be found at the following links:
Our Members

Both Members and Trustees were selected to serve in these roles through a skills matrix which ensures that the trust is overseen by people with expertise in the areas of education, finance, business, HR and legal.

Trustees govern The Circle Trust.  The Trustees are accountable for the operation and performance of the Trust as a whole and ultimately all schools in the Trust.  Therefore, existing Governing Bodies of any school joining our Trust would cease and would reconstitute to become a Local Advisory Board (LAB).  Other trusts often use the term “local governing boards” –  we have deliberately chosen the term Local Advisor to differentiate the refreshed function of this local governance.  It also means that a Full Advisory Board meeting is called a “FAB” and naturally is comprised of “FAB-ulous” people!

Trustees and Local Advisors work in accordance with The Circle Trust’s Scheme of Delegation which is a document that clearly sets out the decision making at all levels for Members, Trustees and Local Advisors.  Members oversee The Circle Trust and ensure that the Trust does not deviate from our core values and accountabilities as set out in our Articles of Association. 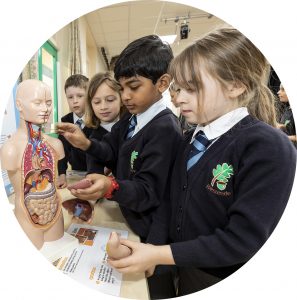 An essential core value held by our MAT is the belief that schools should be run by, and their improvement driven by, their staff led by their Leadership Team and Local Advisory Board (LAB).  As a result, the Trustees delegate many of their powers and functions with regard to the leadership and performance of each school in the Trust to the school’s LAB.   However, the Trustees have legal accountability for the operation and performance of all academies in the Trust and for any decisions taken under delegated authority.   Therefore, the LAB must ensure that it and its school acts at all times in accordance with:-
• the Scheme of Delegation
• the policies and procedures of the Trust
• all relevant legislation and regulations

Because the Trustees carry ultimate legal responsibility and accountability, LABs are relieved of some key functions – leaving them the time and capacity to lead on the most important elements of their school’s improvement.    Certainly, current Governors – having been relieved of the burden of ultimate accountability – might welcome the freedom to focus on pupil progress and experience in the school.  This includes, but is not limited to; ethos, vision, core values, budget priorities, curriculum and students’ educational performance.

It is for each school in the trust to determine the final size and constitution of their LABs. The Circle Trust simply seeks that any LAB has a minimum of 8 Advisors of whom one is a staff elected Advisor and at least two are parent-elected.

The Chair of the Local Advisors meet termly with the Chair of Trustees to share information and exchange views.

The Circle Trust
This site uses cookies: Find out more.