The Circle Trust expects appointed Members, Trustees and Local Advisory Boards to work within the seven principles of public life (Nolan) and for all groups to contribute to the core purpose of the Trust in accordance with its vision and values. All groups will ensure compliance with the scheme of delegation and the law. They always act in the best interests of children and young people and manage all resources responsibly and with integrity. With care and skill they ensure our Trust is accountable by asking challenging and robust questions. 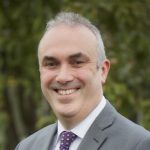 BEng (Hons) Electrical and Electronic Engineering, University of Bristol; Chartered Engineer (CEng); MIET (Institution of Engineering and Technology); MIEEE (Institute of Electrical and Electronics Engineers). Northern European Application Engineering Group Director for Cadence Design Systems, a leading Electronic Design Automation company. School Governor since October 2009 and Chair of Governors at Nine Mile Ride Primary School from July 2011 until 2017 – also a Member.
Andrew’s journey in school governance started when his elder son was 10 and he wanted to give something back to the school which had served him so well. He is proud to have contributed over 8 years to Nine Mile Ride, both as a governor and as Chair of Governors, and is excited about the opportunities to continue that contribution as a trustee of The Circle Trust.
His career involves working with engineers across the world to help them address their technical challenges with the design of integrated circuits, and the business and mentoring skills he has learned along the way are very applicable to helping set the strategic direction of the trust. The vision of The Circle Trust resonates so well with the ethos of each of the member schools, with the focus being on the children and young adults having the best opportunities to develop and to enjoy their time at school. 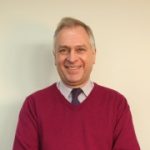 Chartered Management Accountant, ACMA (1981), Chair of Wokingham Borough Council’s School Forum, National Youth Agency Trustee and Chair of Finance. Paul serves on a range of Boards including WCL (UK) Ltd, Acroatics Ltd. Easy Auction Ltd. He is Past President, Chief Executive and Board Member – Paramount Pictures UK Ltd. Paul works in an Advisory role and has provided support and advice for other established MATs including: E-ACT, Community Academies Trust and ARK, as well as Reading UTC, Training and Development agency and Aiming High for Disabled Children via the DfE. Paul’s current role therefore brings a wealth of expertise to management and probity of public funds. 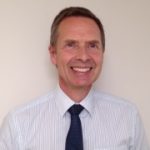 Having obtained his BA (Hons) in Modern Languages at Liverpool University, Julian gained his Postgraduate Certificate in Education (PGCE) at Bristol University. A teaching career of over 25 years in local schools then followed, including many years in senior management. Julian then moved to working in Children’s Services at the local authority, firstly as a senior adviser for school improvement, then as a Service Manager overseeing services such as Education Welfare and Educational Psychology.
Julian continues to work with schools and brings a keen understanding of the educational landscape both nationally and locally that will support the growth strategy of the Trust. 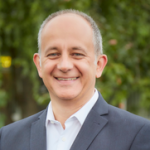 BSc (Hons) Physics and Electronics, University of Sussex, CCDA, MCSE, MCNE, CNI. From 1984 – 1988, he was a Police Constable based at Reigate Police Station. Kevin is now a Senior Director and Member of the Board for Azlan (turnover of $100M+), an IT company based in Wokingham but pan Europe. Kevin is a hugely experienced school Governor. 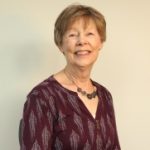 Anne holds a B.Ed. Hons from the University of Reading (1972) having been awarded the Certificate of Education – Primary (Distinction) in 1971. She held a number of posts in primary schools in Kingston upon Thames, Ascot and Wokingham from 1972 until her retirement in 2013. Her teaching experience covered all age groups from Year R to Year 6.

Anne is a very experienced school governor having been actively involved in the role for over thirty years. Initially elected as a parent governor in 1988, she subsequently became Chair of Governors at Keep Hatch Primary School, Wokingham. In 1992 she joined the governing body at St Crispin’s School where she went on to chair the Parents and Pupils, Curriculum and Human Resources Committees. Anne has also chaired both the panel for the Headteacher’s performance management and the Pay Committee. In addition, she has regularly contributed to panels considering appeals and exclusions.

As a Trustee Anne provides a wealth of specialist knowledge of primary education, with particular interest and expertise in the area of special educational needs. 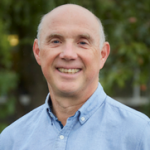 BSc (Hons) Southampton University in Geophysical Sciences. MSc from Durham University 1985/86 in Geophysics. Retired BP Executive with worldwide experience working at Director level. Trustee of two charities. David is new to school governance but brings a considerable expertise on HR matters having worked at a senior level at BP over a number of years. Speciality in organisational/discipline and capability management. 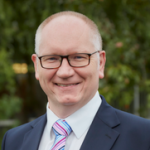 BSc (Hons) & Doctorate in Biotechnology & Biochemistry. With respect to board service Lee has previously, in commercial settings, attended board meetings for Davos Life Science, Singapore & CFT Ltd, UK in the capacity as CEO and iCEO respectively. Furthermore Lee attends company board meetings for a European Biotech company, Themis Bioscience GmbH, in an advisory capacity as well as chairing their manufacturing oversight committee. He also serves on a Scientific Advisory Board for a US based biotech. Lee is a Director & the principal consultant for GreyRigge Associates Ltd. Lee was previously a parent governor and brings business management expertise to the Trust.
Lee cares not only about the quality of his own children’s education but also provision of the best possible schooling for all children and young adults. A few years ago he realised that good schools don’t just ‘happen’ and that schools need people that are prepared to give up some of their time to provide them with support and good governance. Acting on these thoughts, it was back in 2015 that he became a parent governor at St. Crispin’s school and quickly began to better understand the demands and challenges facing not only St. Crispin’s but UK schools in general. Following the academisation of St. Crispin’s he now provides support as a Trustee to The Circle Trust. He will contribute with his experience of working with businesses to help with the strategic challenges facing the trust. 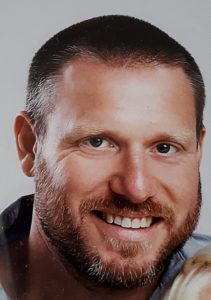 David Walker holds 1st class B.Sc in Physics and Philosophy from the University of Bristol and has held a number of teaching and leadership positions, mainly in the independent sector. He has recently returned to Wellington College as Deputy Head (Pastoral and Wellbeing) after previously spending 10 years at Wellington College between 2006 and 2016. In the meantime he was been Head of School at an independent school in Cambridge as part of a group of independent schools.

Peter is Headteacher of a large comprehensive school in Slough.  He became a Headteacher in 2010 in Hampshire and started his current headship in 2017.  Peter has worked in the education sector since 1998 and originally trained as a music teacher, starting his career in Bracknell.  In the twenty years since then Peter has held a variety of school leadership positions in three different Local Authorities. In addition to being the Headteacher of his current school Peter is also the Director of Secondary Learning for the Multi-Academy Trust he works in.  For the last 10 years Peter has also been an Associate with PiXL and works closely with them developing the secondary (KS4) strategy.  Outside of work Peter is also a Wokingham resident whose children are all educated locally and he serves as a co-opted governor at The Emmbrook. 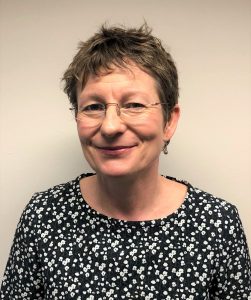 Rebecca is a modern languages graduate of The University of Manchester and a UK qualified solicitor with more than 10 years’ experience in private practice specialising in corporate law and transactions.  Rebecca first became involved in school governance at Wescott Infant School where she was appointed a parent and subsequently a co-opted governor.  From October 2016, Rebecca served as clerk to governors at The Emmbrook.  Having completed the Chartered Company Secretaries Qualifying Scheme in 2019 and graduated from ICSA: The Governance Institute, Rebecca is well versed in governance and company secretarial best practice.

To view the Trustees Code of Conduct – please click here

To view the Role of a Trustee – please click here